A lot can happen when you Embrace the Unexpected. Today, Australian journalist and author Kate Leaver tells us how a string of surprises and a troubling Coldplay habit led her in a whole new direction.

"When I was 26, I had just landed my dream job and I was living with the man I assumed would be the love of my life.

By the time I was 27, I had resigned from my position and broken up with my boyfriend of seven years. It was frightening and disorienting. It was a double-whammy shock of unexpected events. My life suddenly didn’t look at all like I’d thought it would. I moved in with my dad and step-mum for a while and cried listening to Coldplay songs most nights.

Then, instead of getting the traditional post-breakup haircut, I decided to move to the other side of the world.

"I wanted adventure, I wanted change. I wanted to meet new people and see new things."

I had dinner with my mum at home in Sydney one night, after she’d just got back from a trip to the UK. She said casually, 'Maybe you should move to London'. She was born here and I have a British passport, so it would be possible. I went to bed that night dreaming of Sunday roasts in cosy London pubs and cold walks in Hyde Park. Within a week, I had booked a one-way ticket to the UK. I had no idea how long I’d be gone or to be honest, what I would do when I got here, but I just left. I wanted adventure, I wanted change. I wanted to meet new people and see new things. So I moved 12,500 km from home and started an entirely new life. 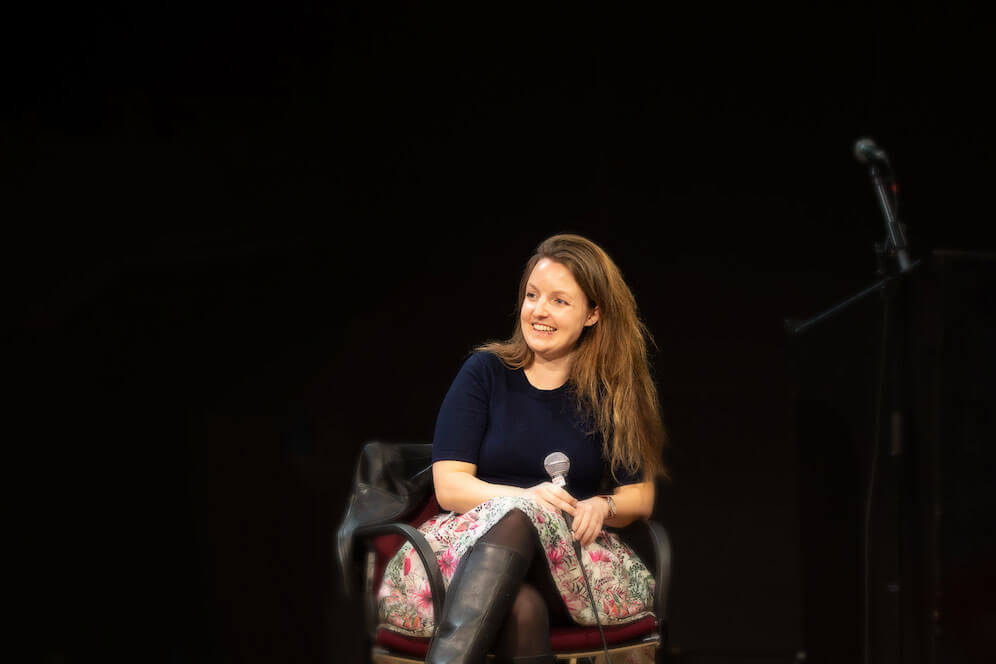 That was nearly four years ago now. I have since fallen in love, adopted a dog and written a book. I’ve been to the Tower of London three times. I’ve swum in Hampstead Heath Ladies’ Pond. I’ve had countless Sunday roasts in cosy London pubs. I’ve met incredible new people, people I will keep in my life forever. I’ve written for publications I’ve read for years. I’ve had adventures in Europe I could never have had, if I hadn’t been here (it is still such a novelty, for an Australian, to be able to get to Europe in two hours). I’ve eaten chimney cake in Prague. I’ve visited the world’s only chip museum in Bruges. I’ve cried at the Holocaust Museum in Berlin.

I’ve built myself a new life here. A life that I love. If I had to go back to that night, when my mum jokingly suggested I move to London because I didn’t know what else to do with myself, I’d do it all again. It’s probably the most obvious time in my life I’ve embraced the unexpected and it really worked out for me."

Kate Leaver is a journalist and author. She currently writes for outlets such as The Guardian, The Independent, Vice, Glamour, Red, The Evening Standard and Refinery29 and is editor of the newsletter Just Quickly. Her first book ‘The Friendship Cure’ (2018) looks at the importance of connections in the modern world.