A night to Embrace the Unexpected: Kate Leaver

When you’re launching a campaign to target student loneliness, a sensational start is to throw a party. Get eighty people in a room, give them wine and feed them prawns on sticks. It’s one of the loveliest ways to bring people together to talk about the importance of friendship.

On Monday, the 25th February, iQ Student Accommodation did just that. Students and industry friends filed into a space at Roundhouse in Camden to celebrate the launch of their Embrace the Unexpected campaign. In partnership with relationship charity Relate and in the presence of student helpline Nightline, iQ debuted new research on student loneliness and hosted a practical, moving panel discussion.

When guests arrived, they were asked to scribble down on post-its a time they have embraced the unexpected and it’s worked out for them, so that hip hop artist Natty Speaks could perform an improvised rap at the end of the evening, using everyone’s contributions as inspiration. The walls were papered with little notes: “I started gardening and it changed my life”, “I downloaded Tinder and met a girl”, “I run 5k every Saturday”. Proof that even the tiniest gesture of courage and openness can change your life.

Once everyone was seated, iQ CEO Rob Roger welcomed the audience and introduced us to loneliness researcher Kate Jopling. Jopling spoke about what loneliness feels like: how it’s the chasm between the quality and the quantity of our relationships and how it’s essentially very different from solitude. Solitude, she said, is the pleasure of being alone, but loneliness is its nastier outcome. She revealed that one in five of the students she surveyed is lonely. Second year, female and international students reported feeling most susceptible to feelings of loneliness and isolation. We have a responsibility to try and protect them from that – which is precisely why iQ commissioned this research and plans to roll out pilot programs co-created with students across the UK to help them to build and maintain meaningful, healthy and positive relationships as they live, work and socialise during their university years.

Click here to see the launch of the new iQ student well being campaign: Embrace the Unexpected

Next, we invited a panel of experts to the stage: comedian and mental health campaigner Jack Rooke, iQ COO Matt Merrick, author and VP of Relate Anjula Mutanda and head of counselling at Oxford University Alan Percy. It was chaired by me, Kate Leaver, journalist and author of The Friendship Cure. We spoke about embracing the unexpected, how to prevent loneliness, why meaningful relationships matter and how to make friends at university. It was a genuinely elucidating chat and a pleasure to hear such wisdom from people who know precisely how important our friendships are to our wellbeing.

Jack said that university tends to lure you out of your comfort zone and force you to figure out who you want to be in the world. He said that we should be using social media intelligently and strategically to make connections and to find subcultures we may not otherwise come across. His greatest advice to students was to depressurise the situation. “Try not to succumb to the pressure of needing to have everything figured out and perfect,” he said. That’s precisely what university is for; working it all out. His loveliest friendship tip was to befriend someone who studies something completely different to you. He made friends with an accountant at university and they give each other such a different perspective.

Anjula said that before we can truly make connections with other people, it’s important to have a relationship with ourselves first and work out what we want from other people. She wants students to be realistic about their time at university and not expect it to always be the greatest time of their lives. She encouraged us to have the courage and social skills to start conversations with people and “do that dance of give and take with someone”. Her greatest tip for making friends at university was to make yourself vulnerable in front of other people. Vulnerability is too often thought of as a weakness, but actually it’s a sign of serious strength.

Alan interjected to say that he actually thinks you can jump into a friendship without knowing exactly what you want from it. It’s about exploration and working it out as you go. He encourages students to experiment – with people, with hobbies, with social situations. He believes that a major problem for young people is their tendency to chase perfection, when really life is imperfect and messy. His greatest tip was to push past that feeling like you don’t want to socialise and follow your instinct to connect with other human beings. He also wants us to learn to create a culture of compassion towards ourselves.

Matt said he believes there’s a taboo around loneliness because we live in a world of curated perfection, especially on social media. He revealed that iQ are trying to create meaningful social spaces that don’t just look good in a marketing brochure, but actually provide young people with spaces to connect and become important friends. He said we should shift some of the focus away from the freshers’ period of university because tertiary education is about more than those first two weeks. His greatest tip for making friends is to be invested in other people. 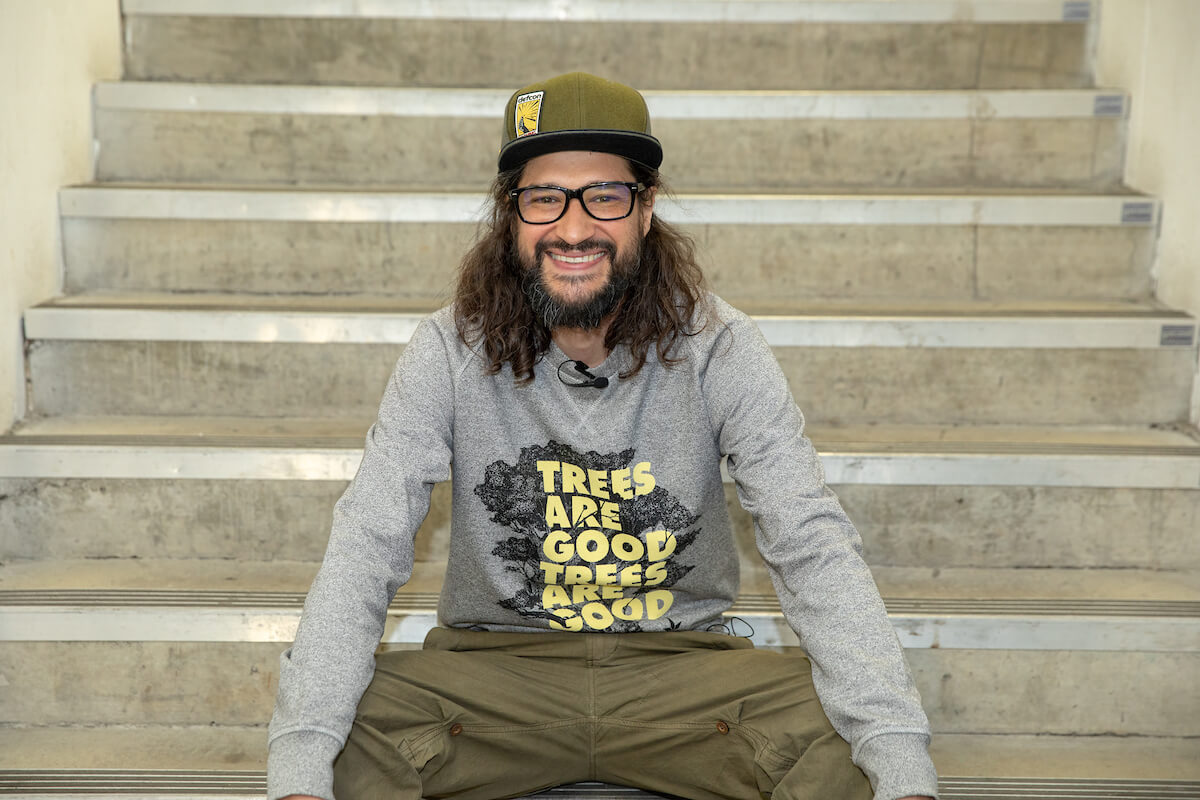 We wrapped up our chat in time to mill around in the foyer, nibbling on delicious snacks and drinking together. Natty Speaks performed a rather extraordinary rhyming summary of what everyone did to embrace the unexpected and we all left with delightful goodie bags. Everyone seemed genuinely invested in the prospect of preventing loneliness and promoting proper, restorative, meaningful friendship at university. It was a hopeful evening and a terrific start to an important campaign.

Kate Leaver is a journalist and author. She currently writes for outlets such as The Guardian, The Independent, Vice, Glamour, Red, The Evening Standard and Refinery29 and is editor of the newsletter Just Quickly. Her first book ‘The Friendship Cure’ (2018) looks at the importance of connections in the modern world.