If you don’t get the grades, can’t get a visa or are deferring your studies, don’t worry. You can still book with confidence when you book with iQ. T&Cs apply.

Egham earned its place in history many centuries ago, as it was near the town that the Magna Carta was signed in 1215. Later, in 1876, Royal Holloway College opened, operating for several decades as a women-only college. Its imposing Founder’s Building, inspired by a Loire Valley chateau in France, now forms part of the Royal Holloway University London campus.

Set in 135 acres of parkland, the beautiful campus also incorporates impressive, modern facilities, including 11 cafés and restaurants, a campus shop, and a 24/7 library carrying more than 600,000 volumes. The campus is a short walk from Egham town centre which has a range of amenities including supermarkets, banks and coffee shops, along with a small museum and well-equipped leisure centre.

Egham’s location is one of the prettiest in the south of England, with Windsor Great Park and Virginia Water situated nearby. It’s also just four miles from the large theme park, Thorpe Park, and within a 20-30 minute drive of landmarks Windsor Castle and Hampton Court Palace.

Just a 5-minute walk from the university campus, iQ The Pad and iQ The Podium provides modern studio accommodation equipped with onsite social and study areas. Our self-contained studios provide all you need to live independently in Egham, including your own kitchenette, study area and en suite shower room. 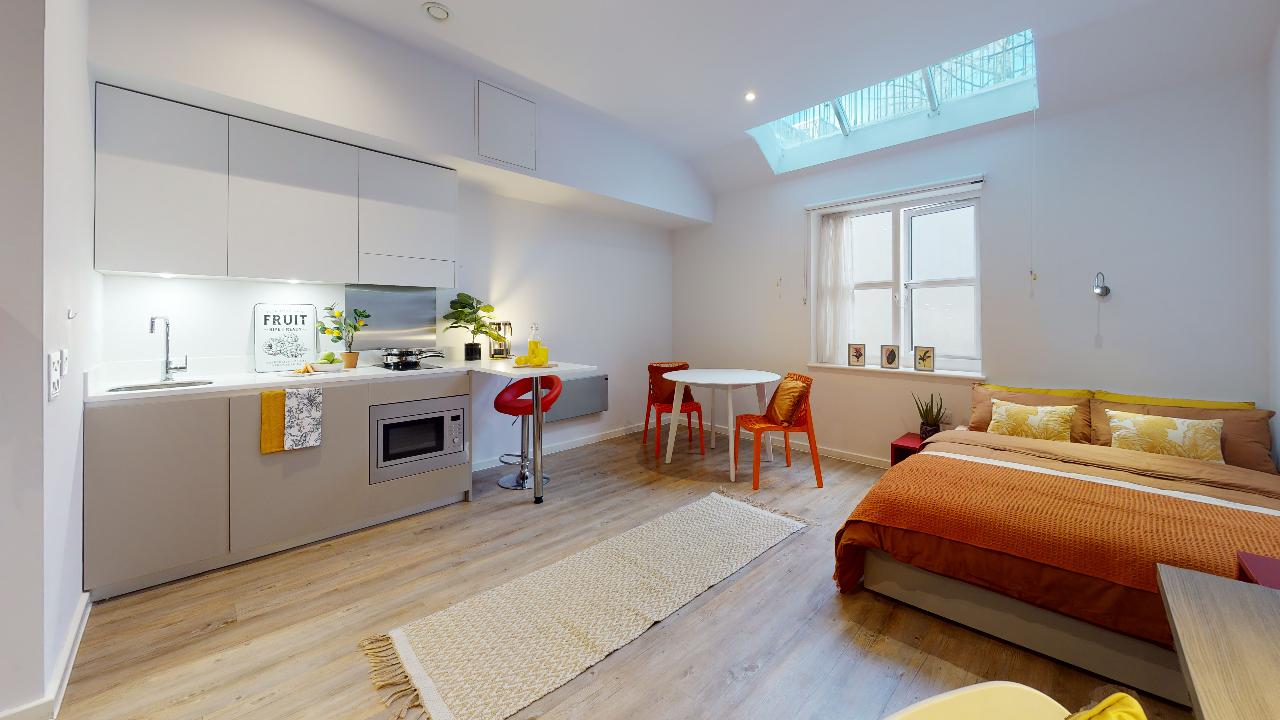